Yup it's the time of the year when everybody writes about yearly adventures.

This year was one of the best for my wanderlust spirit, basically due opportunities that I received as member of the global Java community, hence I wanna do a little recap of my Java year in my academic and professional journey, so far Java has been the strongest community I've ever participated. This is probably the year where I made most Java-related friends.

As always Java community is awesome and I wanna start this post saying thank you to all the people that made this possible, I really hope that my presentations, tutorials and workshops were at least at the same level of your expectations, I'm always trying to improve the quality and any feedback is more than welcome.

Let's start with the highlights recap . . .

January was an interesting month, my first MOOC collaboration -Java Fundamentals for Android Development- was published in partnership with Galileo University. Hence I became an official Edx instructor, with Edx profile and everything.

I really think that course quality could be improved, however feedback was better than I expected. I hope to collaborate in another MOOC in the near future, the simple act to prepare a course in a foreign language for an Edx Micromaster was a truly learning experience that I wanna repeat.

Finally, MOOC will run again this year, motivated by good reception . . . I guess/hope :).

In February I discovered my second favorite Java conference. After being accepted I traveled to Atlanta to speak at DevNexus.

With the same quality of Java One speakers but in a more "friendly" atmosphere, DevNexus has a good balance between, speakers, price and quality, I had the opportunity to do a conference on Functional Programming and Functional Java libraries.

I did an interview with night hacking :). 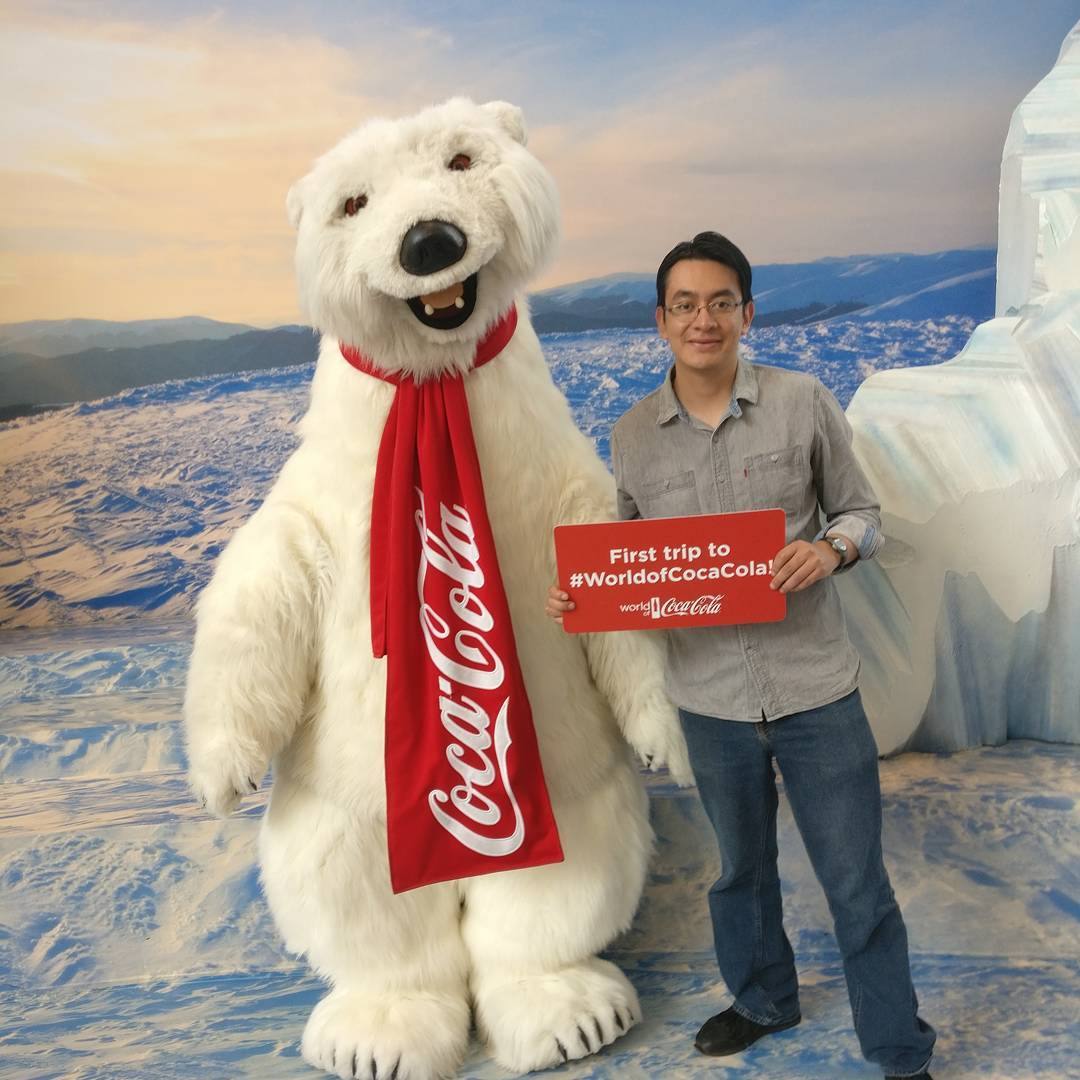 Finally I'll be speaking again in 2018, hope to see you there.

Not a conference but my company -Nabenik- became a Payara reseller and we helped one unit of "Ministerio Publico" (aka Guatemalan FBI) in the migration process from Glassfish to Payara.

This was a combination between training, analysis and of course partnership. Cheers to everyone involved in the process :).

I also repeated my DevNexus presentation for Peru JUG friends (in spanish).

After being invited by Jorge Vargas, I joined JEspañol as speaker and collaborator. In short words, JEspañol aims to work as the integration point between Java Community in spanish speaking countries, also as the first spanish Virtual JUG.

This year we created a two-leg conference. Being the first leg the "Primera conferencia virtual JEspañol". With speakers from Guatemala, Mexico, Peru, Colombia and Panama. 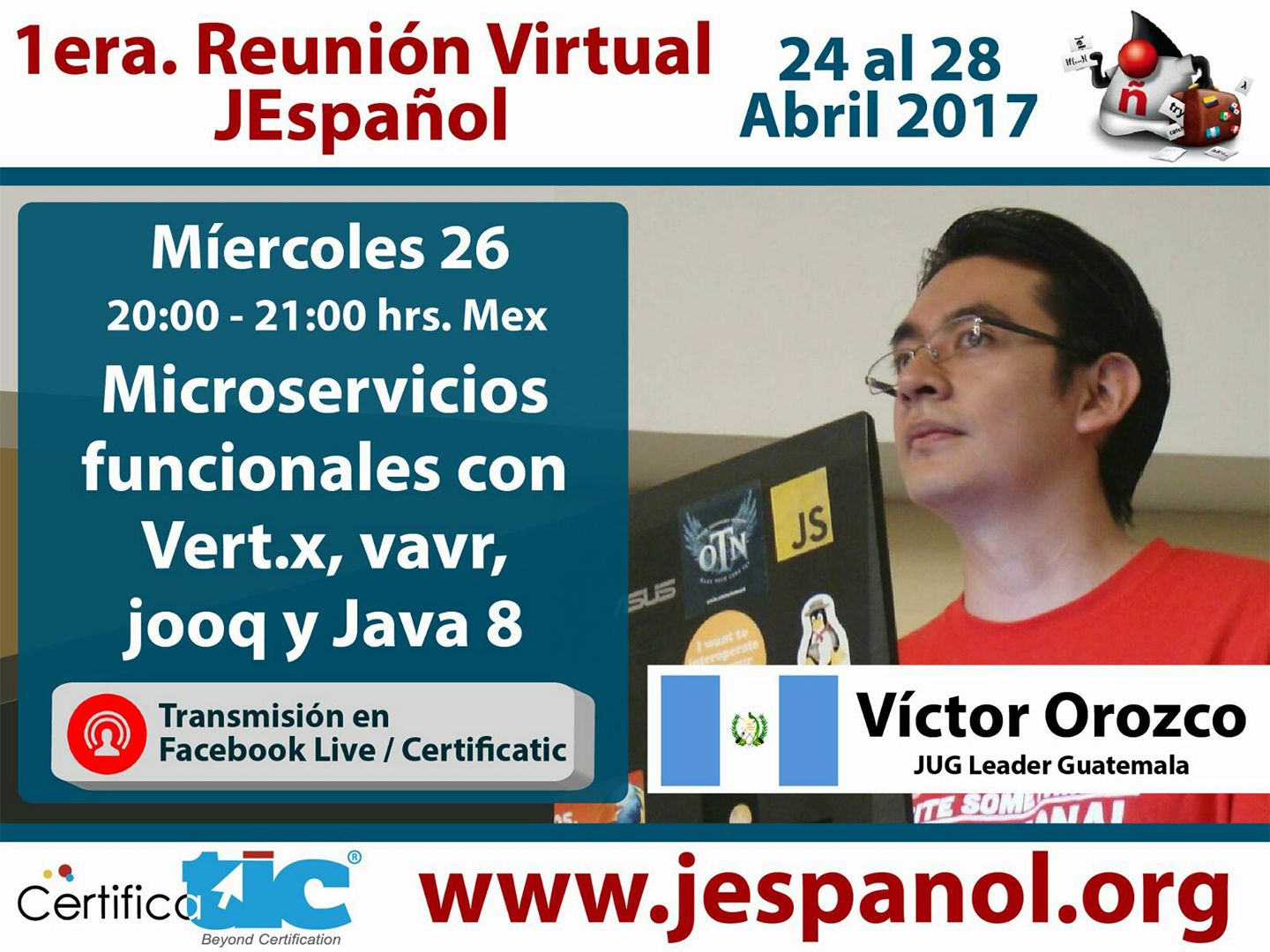 In a collaboration with other company we trained one unit of the "Nicaraguan Tax administration", my collaboration was focused on secure software development for JavaEE and Android.

A pretty good experience since this was my third visit to Nicaragua.

I also had the opportunity to say hi to old friends from free software community, remembering the good old times of unix hacktivism.

Busy month, not too much hacktivism :).

The second leg of the "JEspañol conference" was carried-on being named "Java Cloud Day Mexico". One of my favorite trips of the year since it took place on the historical "Universidad Nacional Autonoma de Mexico".

With 15 speakers this was my biggest spanish-speaking conference. On the near future we have the intention to take the JEspañol conference to other LATAM countries. 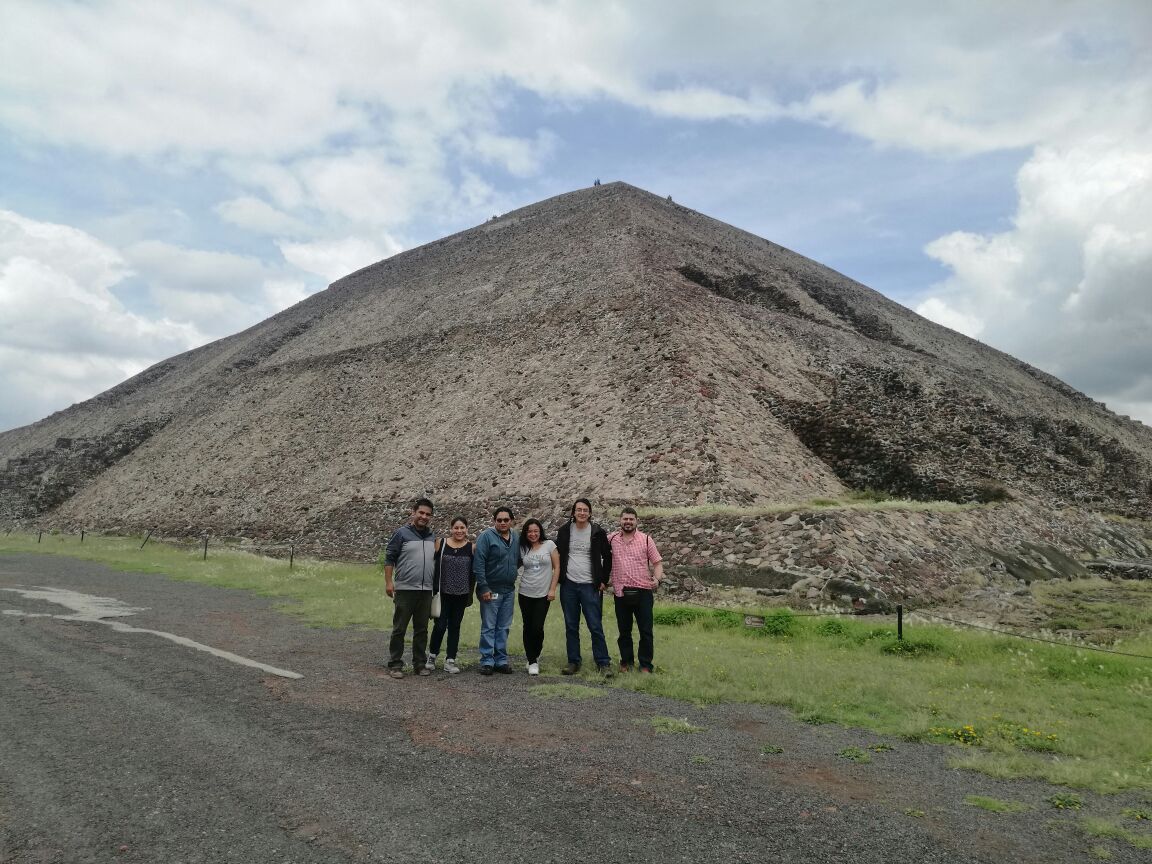 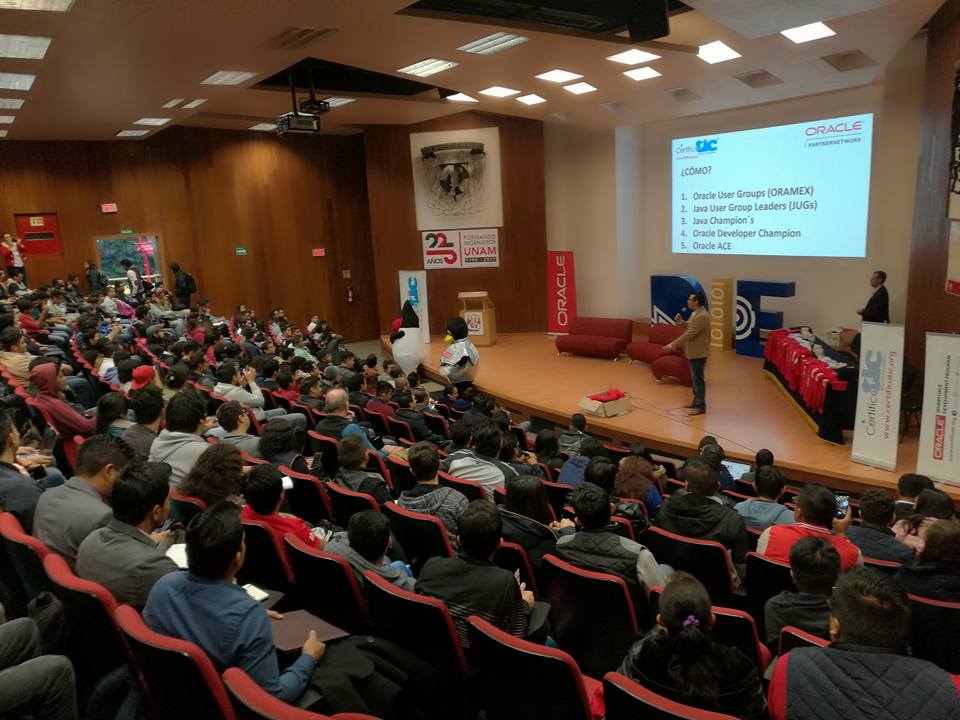 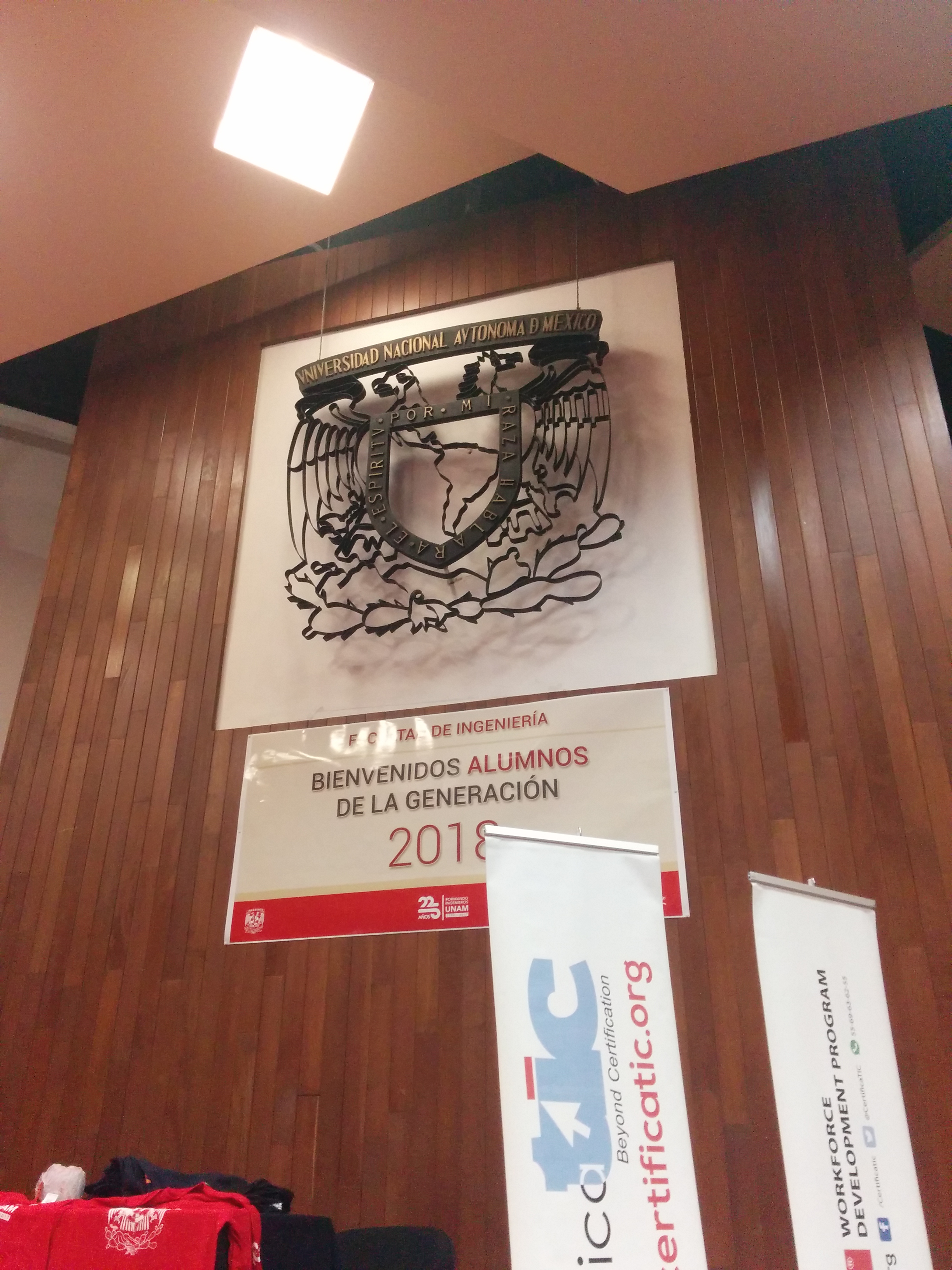 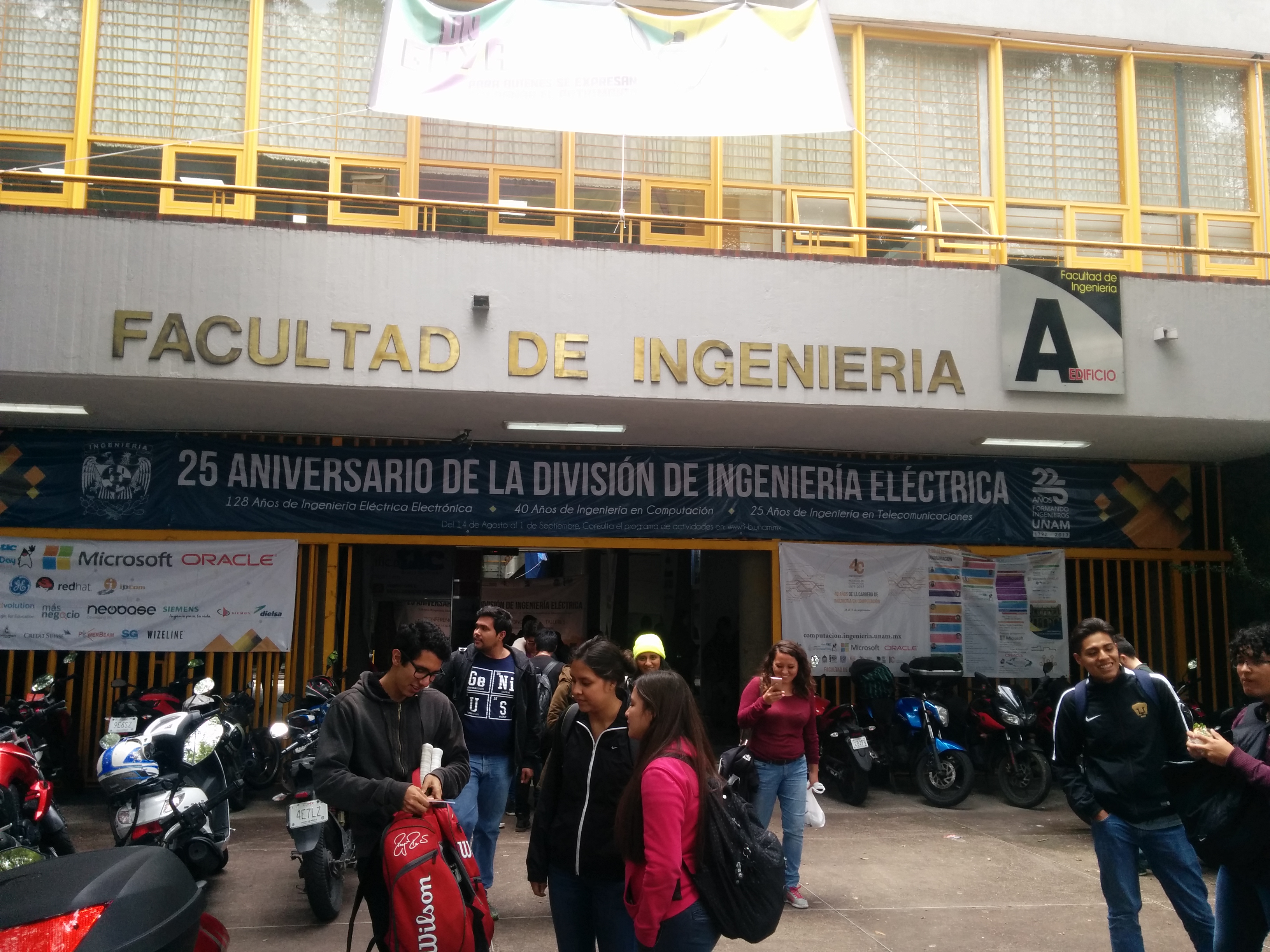 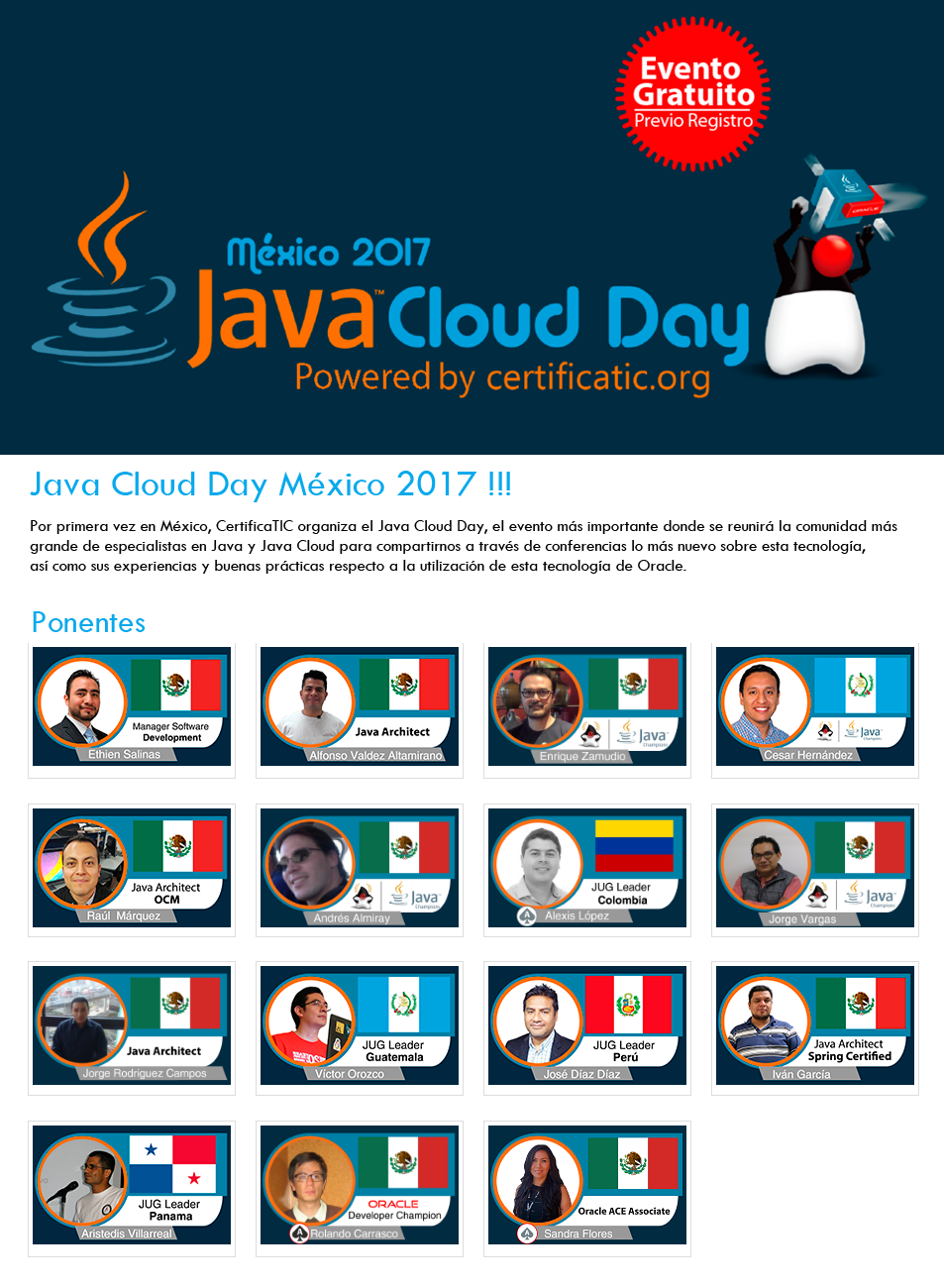 In this opportunity I did a presentation on functional microservices with Payara Micro.

Finally we closed this event with peers from Oracle Developers LA.

About last week. After great talks of modern development at Java Cloud Day México, enjoying a deserved dinner with some of speakers. pic.twitter.com/gWVqEWTHOc

I also got a ticket for Wacken Open Air, not Java but still amazing :). 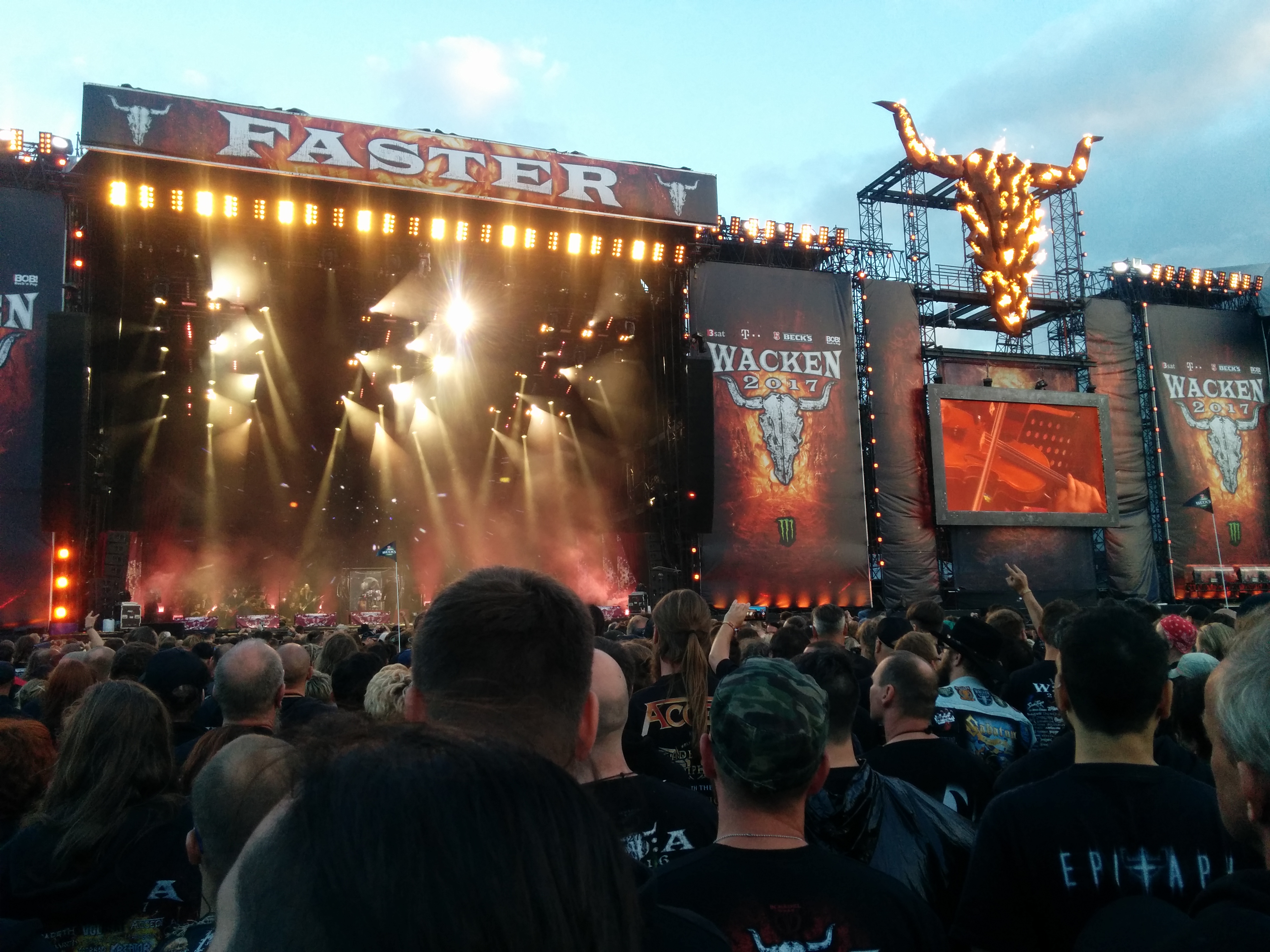 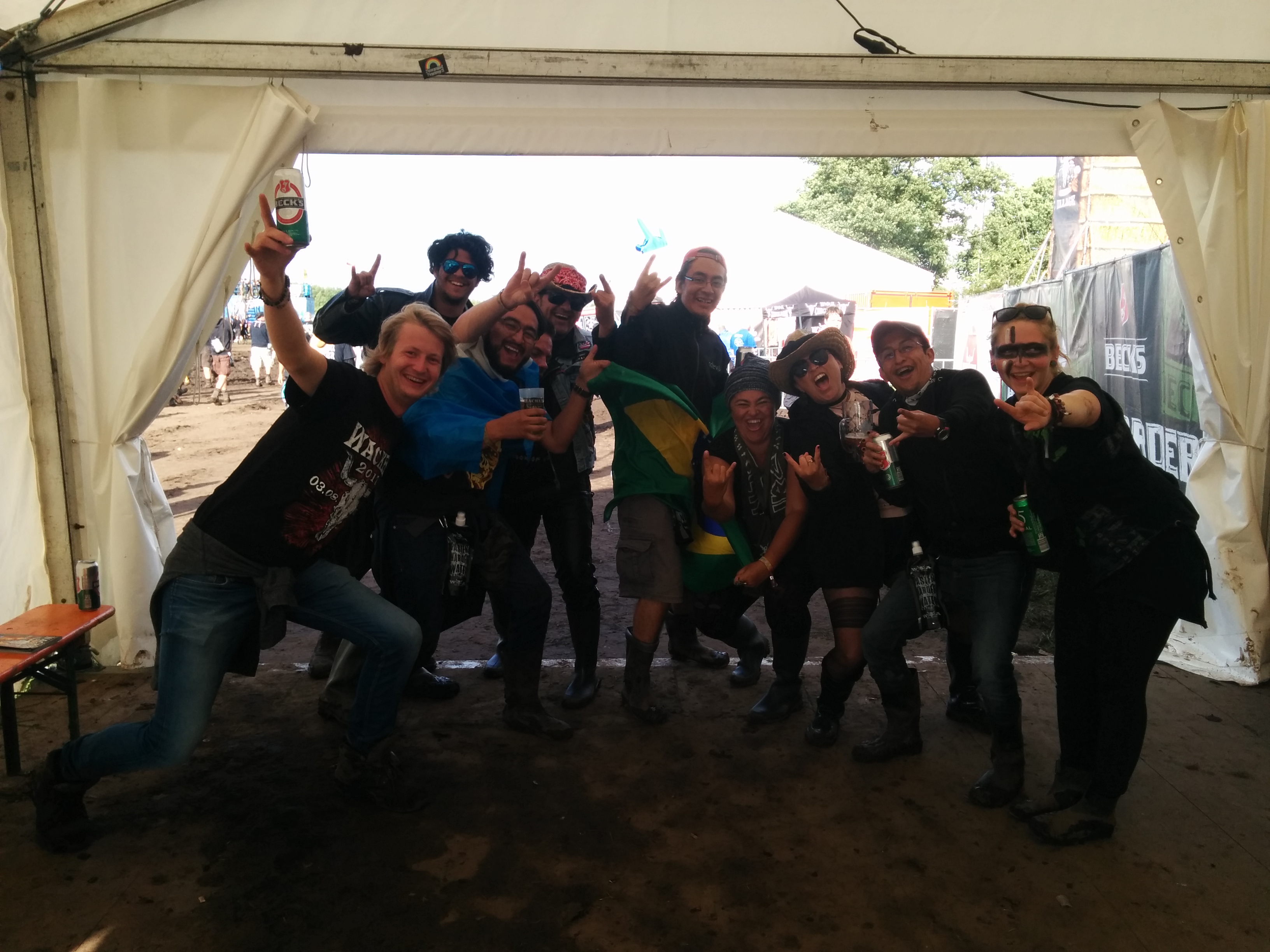 I did a joint presentation with Edson Yanaga at Java One 2017, with full room (mostly Yanaga's merit I must say) we discussed the issues of distributed data with microservices and some technology to attain better data distribution, microservices patterns and some tips and tricks. 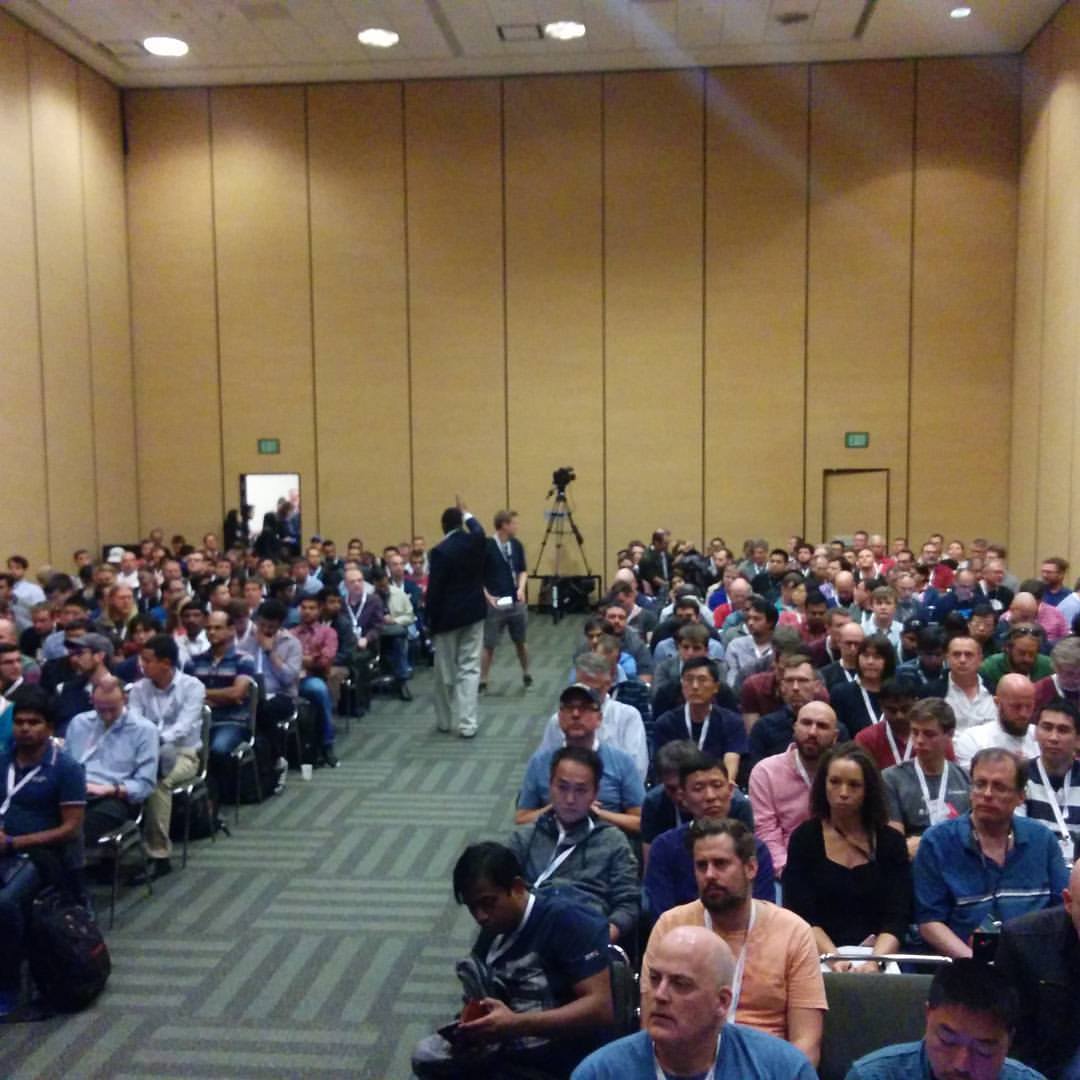 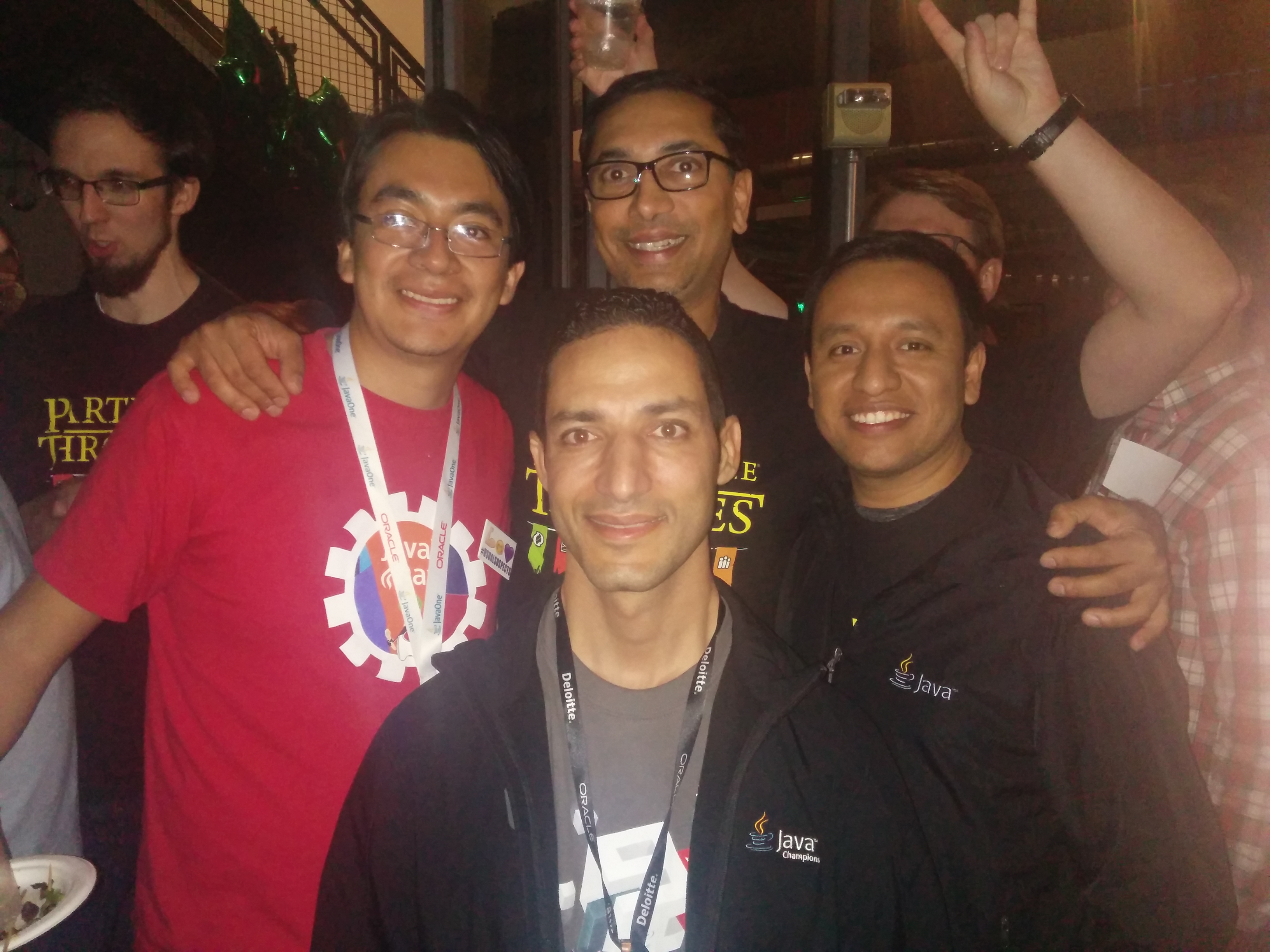 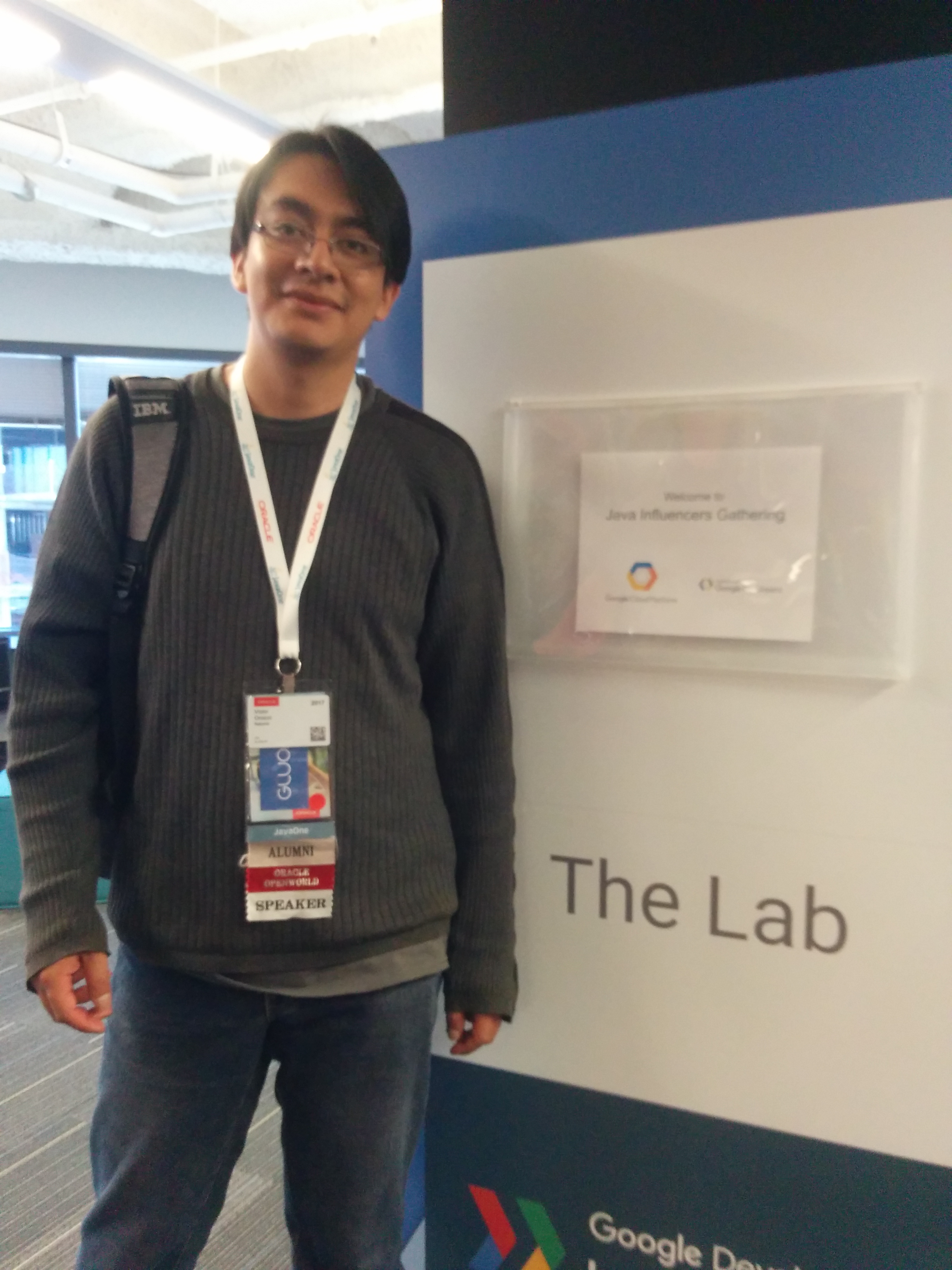 Not my best presentation, but anyways feedback is appreciated.

JEspañol got a Duke's Choice Award :).

I received an invitation from peruvian Universidad Privada Antenor Orrego to participate in their Engineering Congress . . . yup in Latam Software Development is considered Engineering.

This was my first time in South America since 2014, the emotion for the travel was pretty obvious. I had the opportunity to do three presentations, being:

I also did a little trip to Chan Chan ruins, a UNESCO-Protected Site, mochicas where a non-Inca culture dominated by the Incas that I didn't know about. 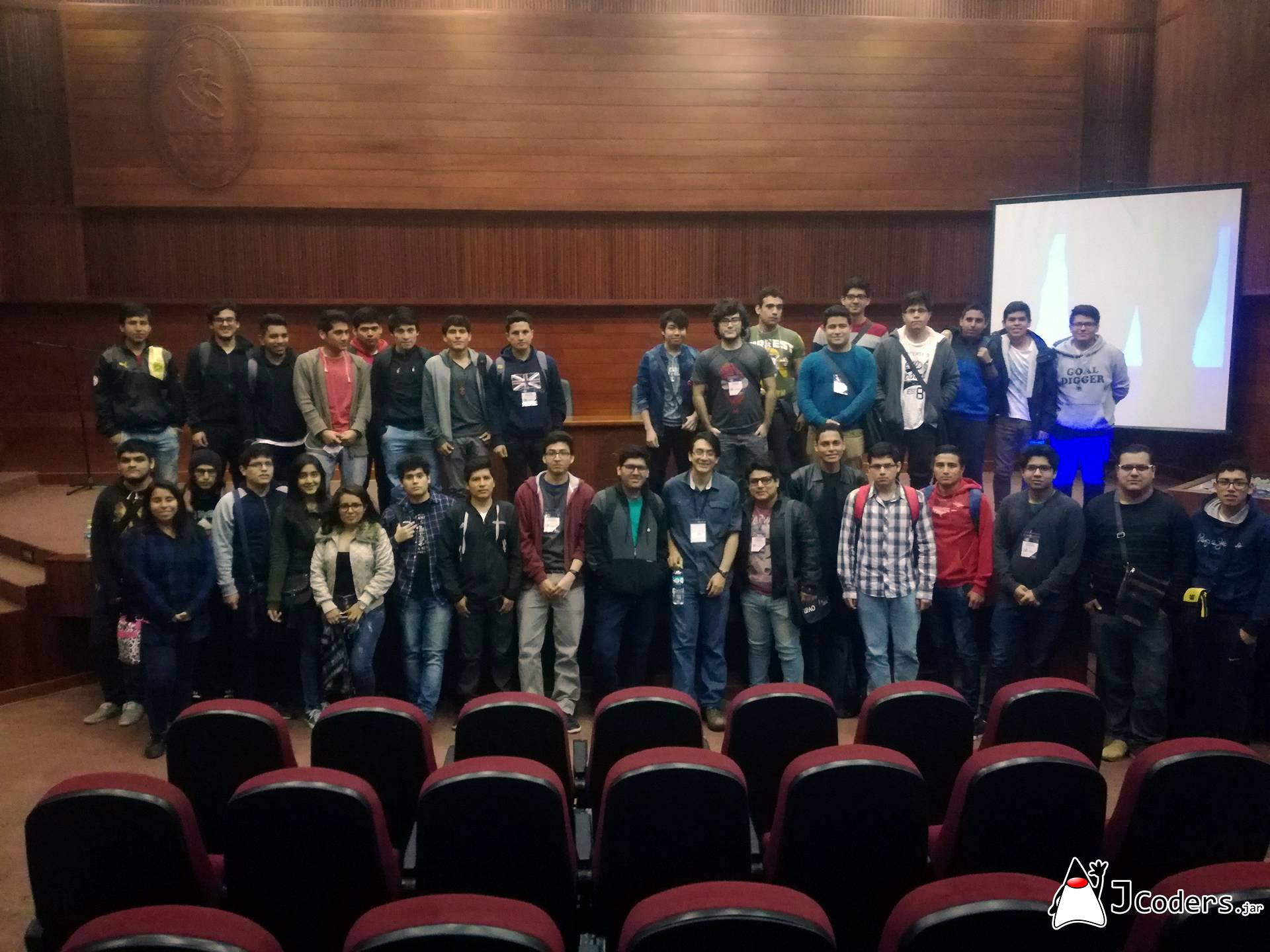 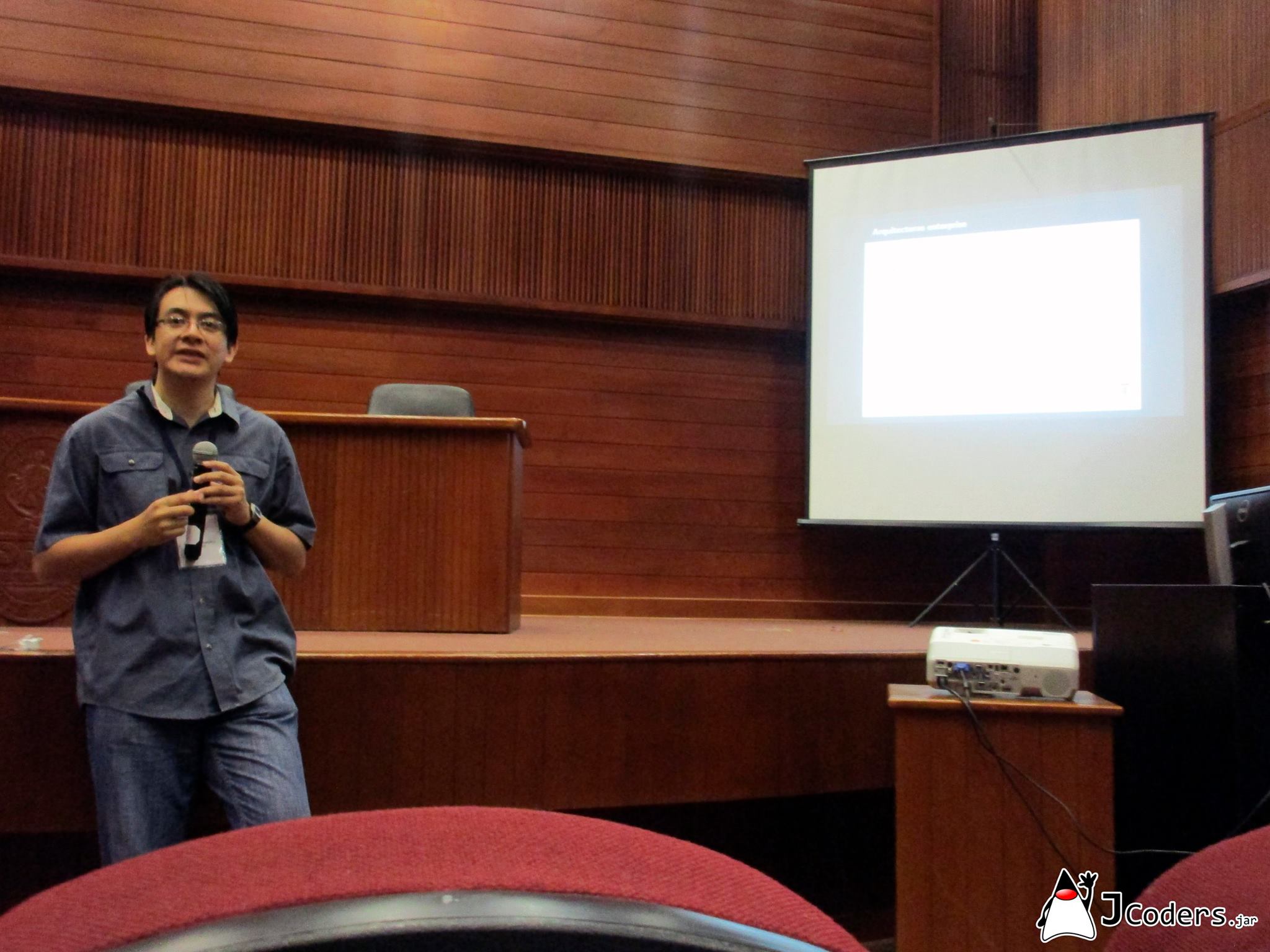 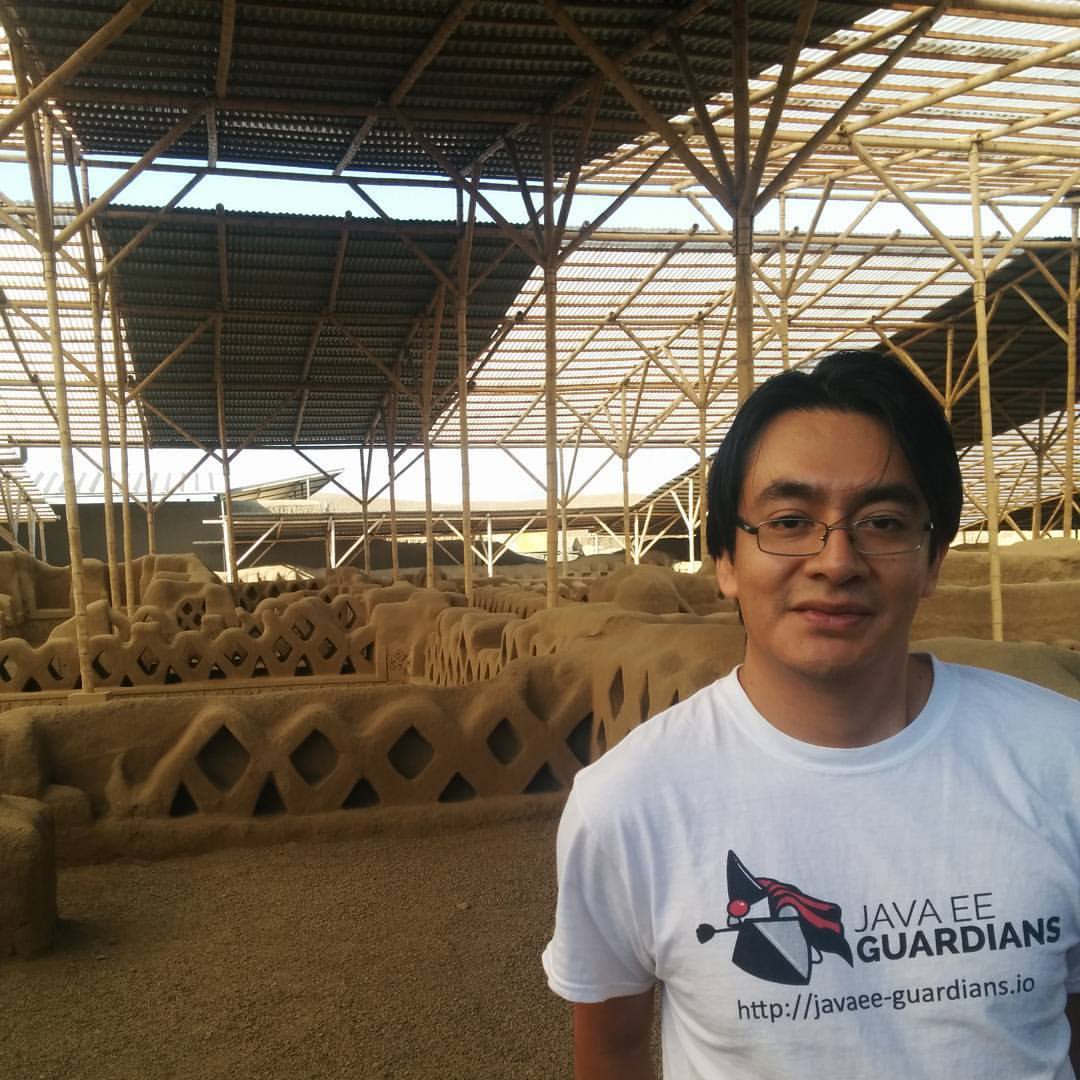 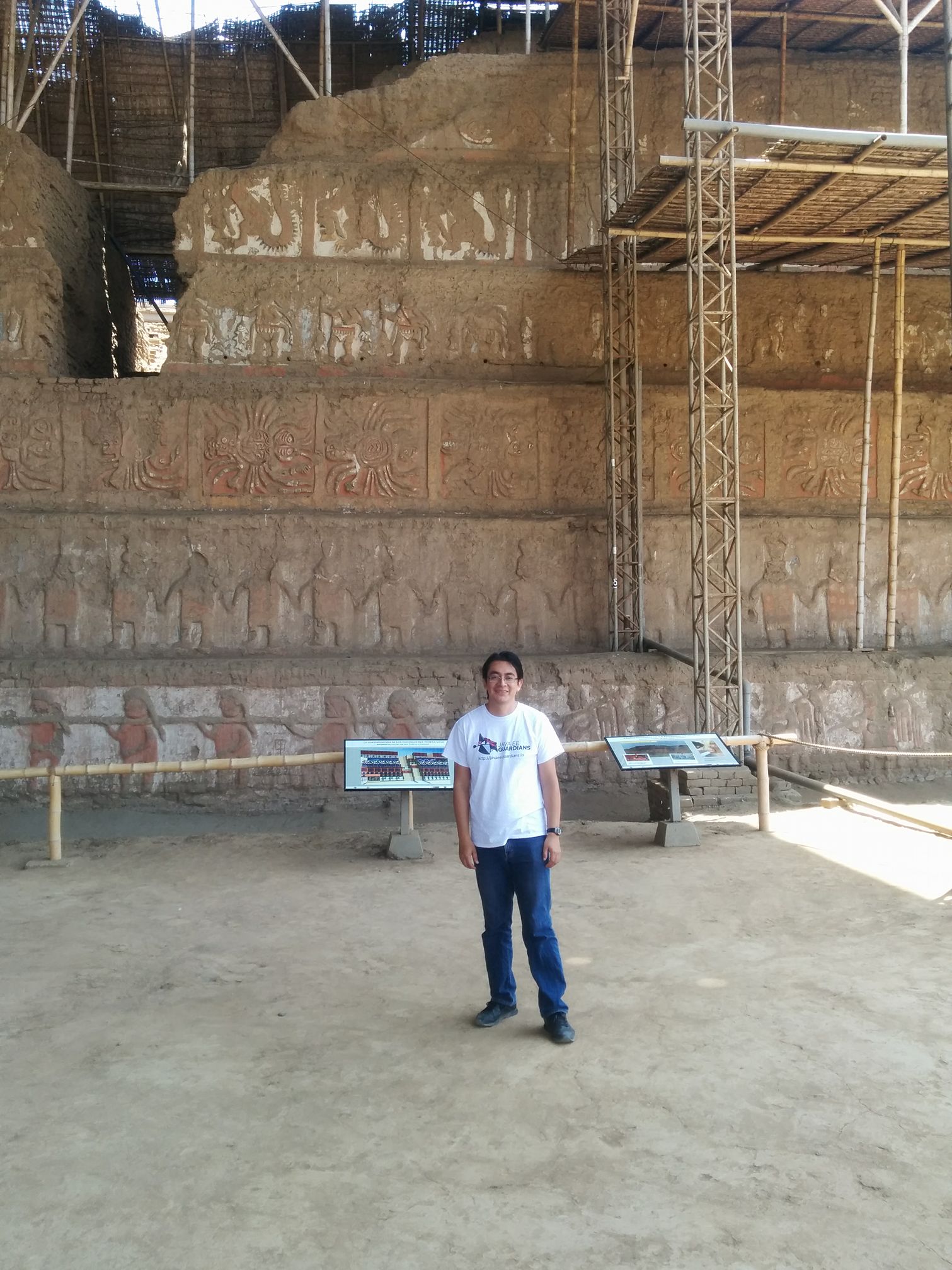 On trip's last day I had a long layover on Lima, hence I met with Jose Diaz one of the PeruJUG Leaders to do a joint presentation in "Universidad Nacional Mayor de San Marcos" the oldest University in Latin America. Presenting in their systems engineering congress.

We did a panel about microservices on JavaEE vs Spring Boot. 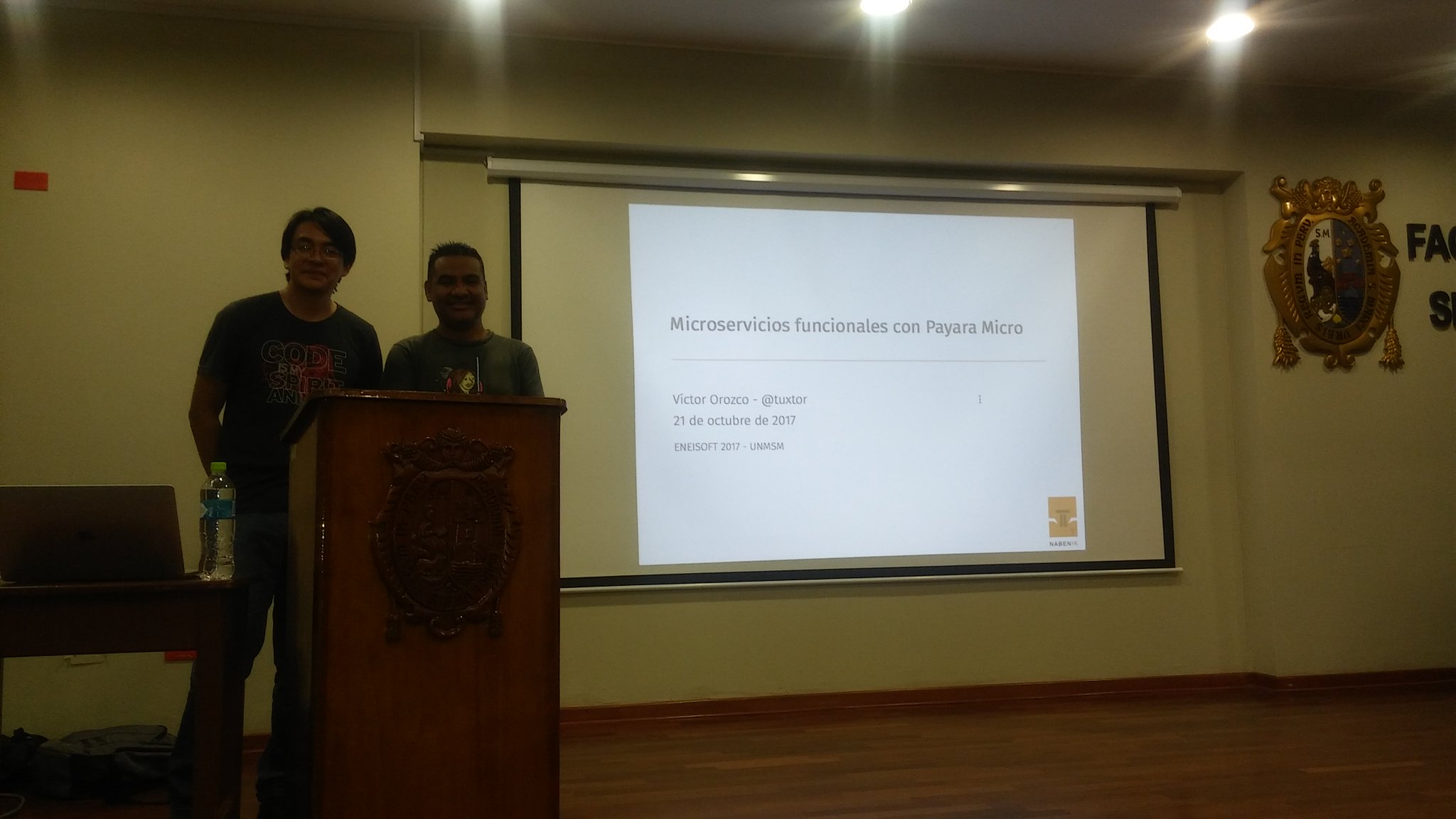 After six years I returned to my "alma mater" to do a presentation on "Getting started with Java 8 and Java EE" for the "Guatemalan systems and computer science students congress". I felt like being at home. 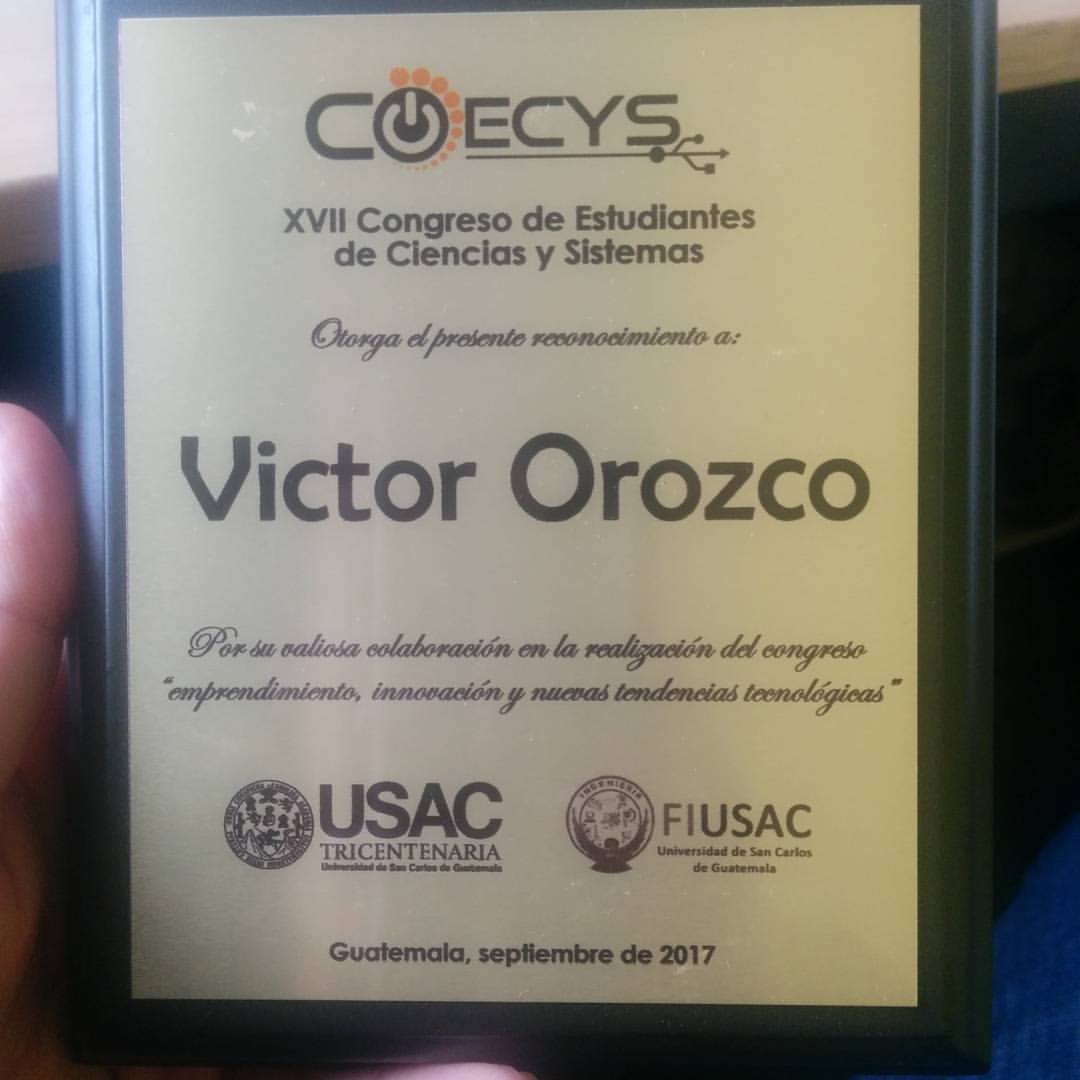 I also took the opportunity to officially launch the partnership with CertificaTIC to introduce Oracle Workforce Development program at Guatemala. The program aims to train with official material but with a fraction of the cost the new generation of Java Architects in Guatemala.

Tip: We'll start classes on January, do not miss the opportunity :). 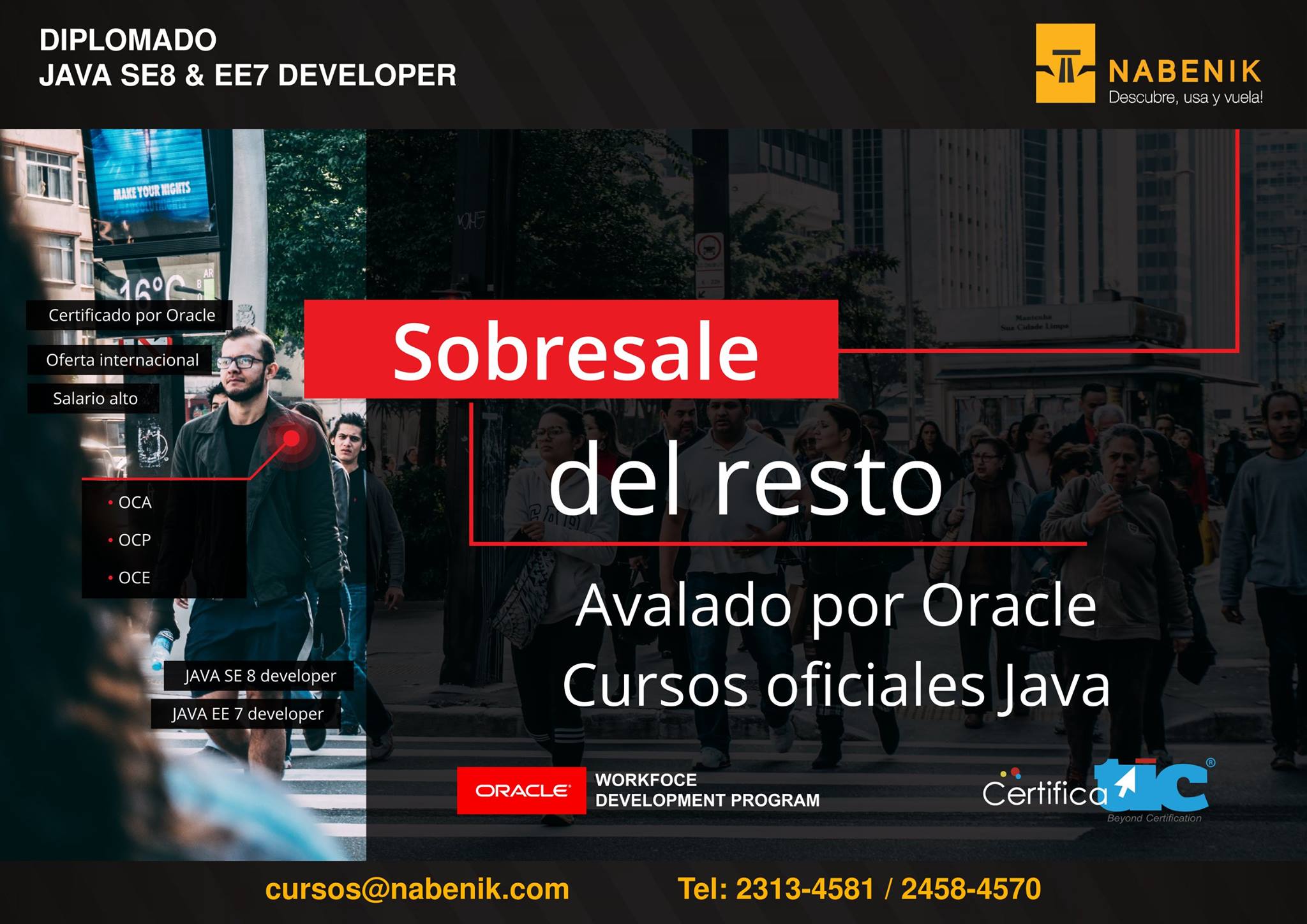 Finally I was an organizer, committee, waterboy, etc. on the Java Day Guatemala 2017, surprisingly this has been the best edition in attendance. Being a conference organizer is a huge amount of work. I know the huge space to make this conference better and I'm working on it. 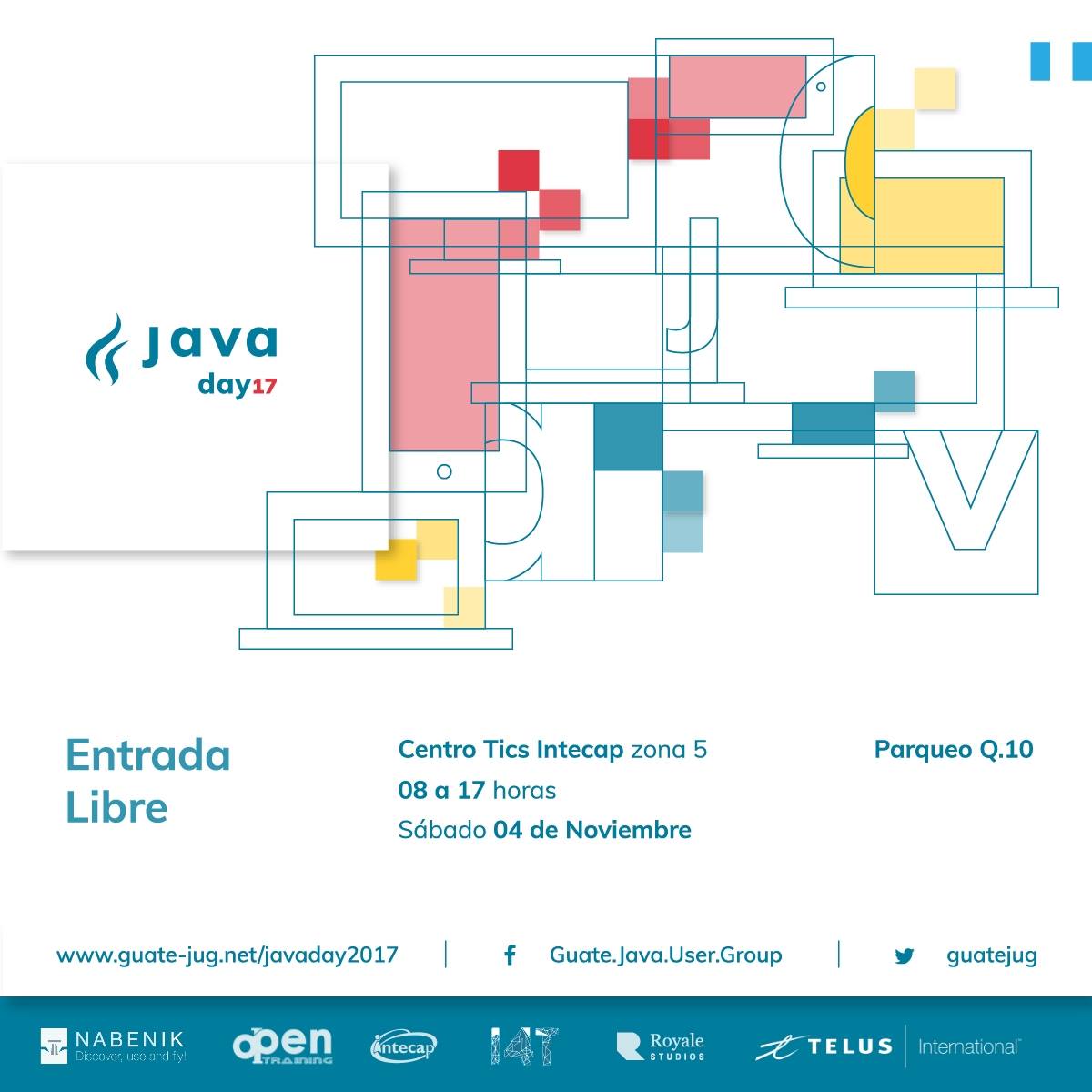 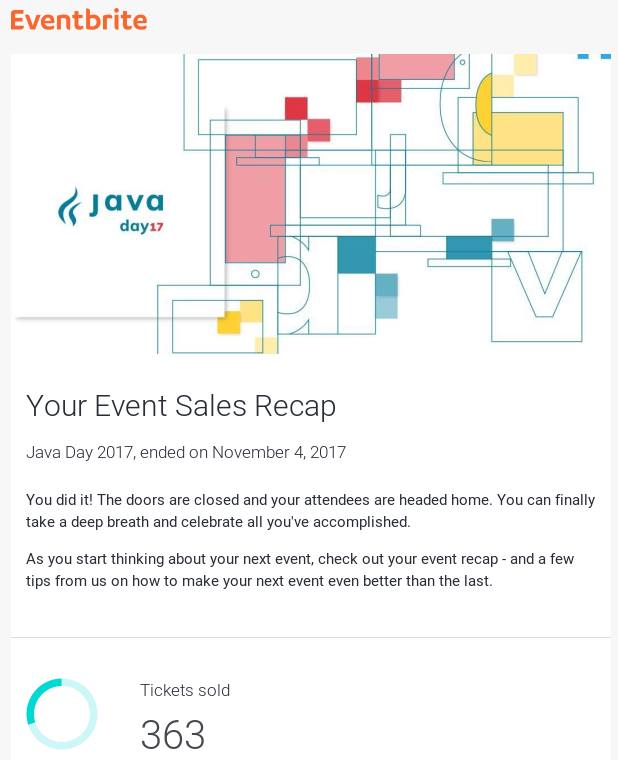 December is probably the busiest month for any software contractor since it's the month when everyone goes on vacations and you have wider "maintenance windows" to update, replace and implement software systems.

However I took a day to do a presentation with MitoCode, one of the famous Java youtubers in Latin America. My presentation was focused on the state of the art in JavaEE and Microprofile.

I also got the opportunity to wrote a JavaEE article for my "alma mater" software magazine, the pre-print is available on my spanish blog.

Again thanks to God, friends, family and everyone who made this possible. 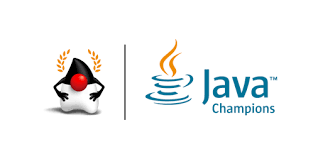